Who Made the First Furniture? 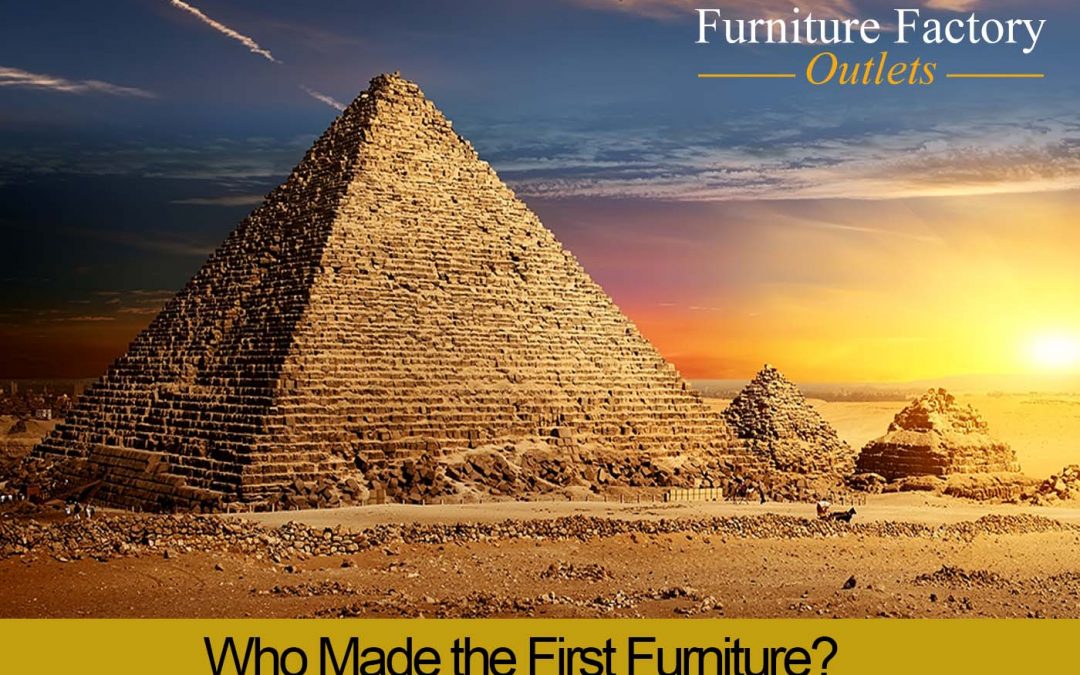 I am well versed in modern furniture, including its manufacture, but have you ever wondered who made the earliest furniture?

Incredibly, there is evidence that furniture was being made and used in the Neolithic period. Excavations at Skara Brae in Orkney, Scotland, discovered a settlement dating back to around 3215 BCE. Each of the houses had clear evidence of stone furniture, including beds, cupboards and seating.

Excavations at tombs and pyramids have supplied ample evidence of the type of furniture available in Ancient Egypt (3000 to 2000 BCE). Both the nobility and the workers enjoyed the comforts of chairs, beds, stools, cabinets and a variety of tables.

Many of the more elaborate pieces found are carved from exotic woods, some inlaid with ivory and gold. Egyptian furniture design is characterised by boxy shapes and straight lines.

Those boxy designs were a strong influence on the furniture of Ancient Greece (2000 to 300 BCE). By the 4th and 5th centuries BCE, however, Greek design had become softer and inlays and carvings were used more sparingly. Tables and stools were important pieces for everyday life, as was the couch which doubled as seating during the day and as a bed at night.

Ah, it’s all Greek to me. If you would like to see an array of modern furniture then pop in to our showroom at Saul in Gloucestershire.